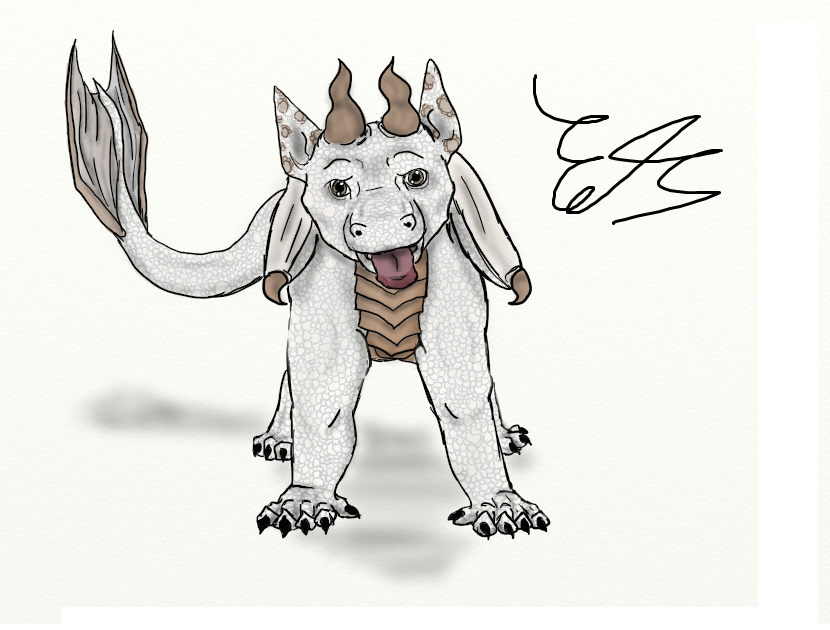 This is the first week of my new life as a student and part-time office worker.

For one thing, my first class doesn’t start until next week.  For another, it’s been THREE WHOLE DAYS since we got back from our celebratory camping trip and (gasp) I haven’t found a job yet.

You may have gathered by now that patience is not my strong suit.

So I’m a little off.  Like milk beyond its expiration date.  I’m beginning to leave a bad aftertaste.

Yesterday was spectacularly bad.  I can point all kinds of excuse-bolstering fingers at things like:

(hot flashes, which I like to call my Personal Tropical Vacations, come in cycles, and sometimes, such as this week, they just move in and take over, and there’s no point trying to sleep until my body cools down, which has been happening lately around 2 a.m.)

(also cyclical, and this week was a low enough dip that I realized I have to shut her out of her own bank account and I’m not even sure how I go about doing that)

(I got him in to see his counselor as soon as we got home and spilled the beans for him about the cutting, towards the end of the session because I had been trying to let him be the one to bring it up, at which point he gasped and the counselor muttered, “I wish you’d led with that 45 minutes ago.”)

So I’d say I’m entitled to be a little off.

But today when both the 16 year old AND the 18 year old announced, on the third day of class, that they didn’t prefer any longer to take a 7:45 a.m. summer session first aid class at the local community college, even though they both need it to graduate high school… well.  I lost it.

I said all kinds of things I wish I hadn’t.  Not all of it within their earshot.  My poor husband got to hear all the things, but at least I managed to not say most of it to the kids.

It centered around what the heck has been the point of the last 20 years of my life, homeschooling these four kids, if when they finally get to college they can’t last longer than three days in a class?  And on and on about how nobody listens to me and no one appreciates how much I gave up to school them and now I can’t even get a job because no one values the fact that I taught four humans how to walk, read, write, spell, do math, think critically, form opinions, express themselves and even speak a little Latin.

Which, of course, I can see with my now-cooler head, misses the point that they are the ones who are struggling and scared and uncertain and overwhelmed with this college course.

I calmed down pretty quickly with the 16 year old, mainly because when he’s upset he simply says, “I’m upset and here’s why.”  We had a good talk and he ended up comforting me, which was a first, and I realized that despite his demons he is actually a pretty outstanding young man.

It took me all day to get over my hurts with the 18 year old, with whom I was the most angry (partially because she has technically already graduated but I can’t give her the diploma without that last class), and whose method of dealing with any kind upset is to tell me, when I try to talk to her, what an abusive mother I have always been and how she is scarred for life as a result of it. Yesterday my arsenal was depleted of the coping skills to deal with those words, even though I have heard them before (and she always takes them back afterward and says she was just upset at the time).  At bedtime I finally managed to hug her and tell her I was sorry and we had a calm discussion.

As we talked I realized the root of my anger was fear – fear that I had somehow missed something in their education so that now they were not self-disciplined and also didn’t know how to push themselves beyond what they thought they could do.

And then the 18 year old said something, quite matter of fact and off-handedly, that not only gave me better perspective but also convinced me that perhaps I didn’t mess her up as badly as I thought I had. She said,

“Well, there’s no point in trying to figure out what may or may not have gone wrong in the past, because you can’t go back and fix it.  You can only go forward from this point and change what you do in the future.”

I sat there speechless for a few seconds and then started laughing hysterically.  Once she realized I was laughing at myself rather than her, she joined in. Because this is the kind of wisdom that comes out of her at regular intervals and you realize that she doesn’t just sit in her room drawing amazing artwork – she is thinking deeply all the time.  And she has no idea how ground-shaking those thoughts are.  They just seem obvious to her.

So despite tonight’s Personal Tropical Vacation lasting once again into the wee hours of the morning, I’m looking forward to this new life phase, and I’m determining not to worry about the past.  Tomorrow is a whole new day, in which I can do better.

I think the first place I’ll start is a solemn vow to myself that when I’m angry enough that I start thinking along the lines of Complete Honesty and It’s Time I Said Exactly What I Think About Life, The Universe and Everything, I need to lock myself in the bathroom and chant Latin declensions instead.

One thought on “Changing Tomorrow Instead of Yesterday”